The mobile application map screen supports the rendering of multiple raster layers. It requires that at least 1 file is nominated as a basemap.

which will take you into the Layer Manager Dialog, where you can manage existing layers: 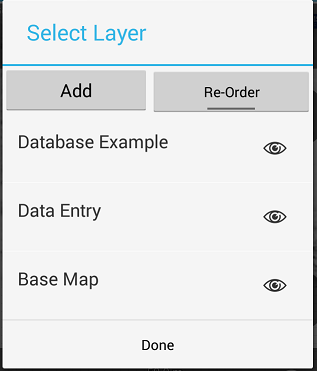 Switch Layer visibility on or off¶ 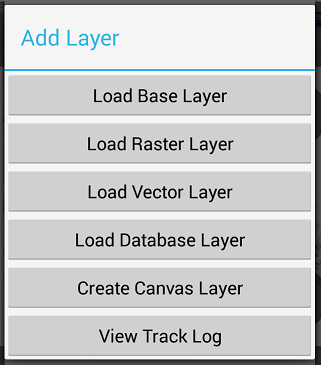 Load Base Layer opens a dialogue where you:

Load Raster Layer will do the same as Load Base Layer and load additional bitmap images.

Load Vector Layer will navigate through to available legacy vector files and load them for you.

Load Database Layer loads the legacy vector files that have been converted into Spatialite databases.

View Track Log - will render the tracklog on the map.